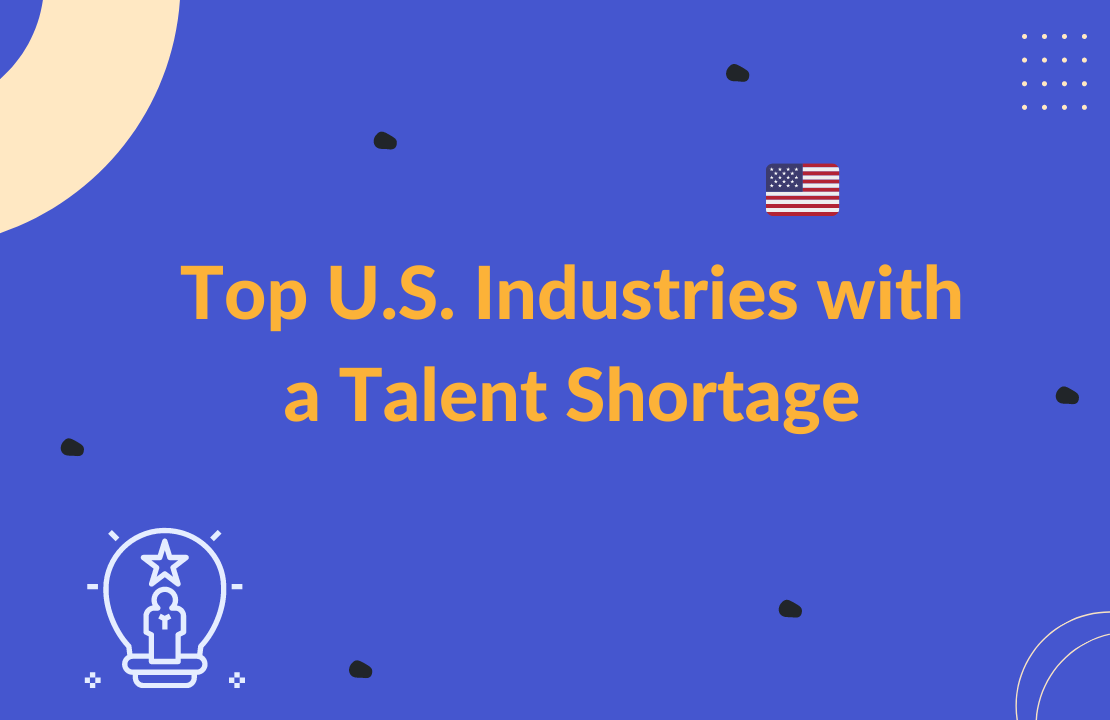 In the last two years, the labor market and the workplaces have witnessed tremendous changes. Remote work and empty offices were just the beginning, bigger things were in play. A year into the pandemic, organizations started to notice a significant and unexpected shift in the labor market. A considerable number of people began to quit their jobs. After a year of lockdowns, economic instability, and record-high unemployment, this was unpredictable.

Millions of people are quitting their jobs, which led to 11.3 million job openings in January 2022 in the USA. According to ZipRecruiter chief economist Julia Pollak, it is “an exciting moment for job seekers who are benefiting from employers offering hiring incentives and reducing their requirements.” If you target the right industry with the proper preparation, you might be able to land your dream job. In this article, we will dive deep into the headlines and try to analyze numbers to understand what the experts are calling “The Great Resignation” or “The Big Quit.” We will also discuss which industries are understaffed in the USA to help you get started with your job search strategy.

In 2021, organizations began planning to return to offices and bring back normalcy to the world of work. Simultaneously, many workers voluntarily started quitting their jobs. During an interview with Bloomberg in May 2021, Anthony Klotz, an assistant professor of management at Texas A&M University, coined the term in the statement, “The great resignation is coming.” He anticipated workers resigning because of pent-up resignations from 2020 and taking control of their lives in response to changing work norms.

An average of 3.98 million people left their jobs every month during 2021, bringing the total number to 47.75 million. In February 2022, close to 4.4 million people quit their jobs, according to the U.S. Bureau of Labor Statistics’ latest Job Opening and Labor Turnover report.

In this section, we will look at some key industries that are short of workers. To give more perspective to the data, we will also discuss the quit rates for these industries. These rates reflect the number of resignations during the entire month as a percentage of the total employment. The quit rates remained at 2.85 for the whole of the U.S working population.

The leisure and hospitality industry, which includes arts, entertainment, recreation, accommodation, and food services, saw a significant rise in the labor shortage. The average quit rate for the industry remained at 6, double the national average. Experts suspect that people are flocking to higher-wage jobs. The leisure and hospitality sectors remain among the lowest-paid sectors, as the average wage before the pandemic was close to 16.90. Even though the average hourly earnings have risen to $19.20, it may not be high enough to retain the top talent. Workers are taking advantage of the labor shortage in other industries and are moving to high-wage jobs.

E-commerce giants like Amazon and Walmart saw a surge in sales throughout the pandemic as more people shopped online. Companies in the industry are on a hiring spree and are raising wages amid efforts to boost their headcounts. Even though the industry is on the rise, reports show intense burnout among workers in the trade, transportation, and utility arm of the business, resulting in high quit rates. Amazon held an annual turnover rate of 150%. There are reports of burnout among delivery drivers and warehouse employees that suggest the turnover is pervasive. The high quit numbers in trade, transport, and utilities disrupted the global supply chain.

People are also quitting their corporate jobs. The average quit rate for professional and business services has been 3.3 for the last three months. Many speculate that the sudden increase in resignations is because of the lack of childcare facilities, toxic work culture, return to the office, vaccine mandates, etc. Nearly all small to mid-sized businesses are having a tough time filling skilled and entry-level positions. In a survey by the U.S. Chamber of Commerce, 76% of the respondents claimed that businesses in their industries are finding it “difficult” (52%) or “very difficult” (24%) to hire workers right now.

Education has also witnessed the drying up of the pipeline for teachers, who make up a large share of hires in this sector. According to a report from the Center for American Progress, teacher training enrolment decreased by 33% over the past decade. The sudden move to remote teaching has rendered many teachers unskilled for the current job requirements. Critical job openings which would attract hundreds of applications remain unfilled or get staffed with underqualified candidates. Even higher wages and recruitment bonuses fueled by federal aid do not seem to attract the right talent. The majority of the staff is also taking time off more often than before the pandemic because of the exposure to Covid-19 or sickness.

The healthcare sector is also facing a labor shortage, with most workers being overworked due to the pandemic. The industry is projected to face a severe lack of physicians, nurses, and health workers. Education and healthcare together have an average quit rate of 2.6. The reason has been budding since before the pandemic. The shortage of workers in the health sector is especially acute recently due to the aging population. As people are living longer they need healthcare for a more extended time posts their retirement. The need for more gerontologists and other specialists is in part the reason behind the shortage of doctors and specialists. Furthermore, burnout due to the pandemic and a lack of work-life balance also contributed to the high quit rate in the sector.

As the US economy reopened after the pandemic, the manufacturing sector, especially non-durable goods, faced hiring pressure in the short and long terms. Due to the pent-up demand from the pandemic and bottlenecks in the supply chain, the factories are on the back foot. Experts believe that the industry is also staring at a massive skills gap due to decades of Americans favoring top universities over trade schools. A study estimated as many as 2.1 million unfilled jobs due to impending talent shortage.

Technology and IT, collectively called the information industry, also face a shortage of workers. Though the average quit rate in the industry, 1.8, is not very alarming. But there is growing dissatisfaction among the employees. A study of 1,200 American IT workers reveals that 72% are thinking of quitting in the next 12 months. The critical sentiment is that 75% of respondents claimed that their employer is more focused on attracting new employees than investing in the existing ones.

The numbers alone make this event one of the most disrupting occurrences in the history of work in the USA. Additionally, there are no signs of these numbers going down in 2022 either. Since the beginning of 2022, 4.3 million people have been quitting their job every month. The trend is believed to be caused by the following factors:

Experts are also calling it “The Great Reshuffle.” As millions of people quit their jobs, the number of job openings has also skyrocketed and hiring has outpaced quits since November 2020 at 4.2%. The most understaffed industry, the hospitality and leisure industry, is hiring at a staggering rate of 8.2%, way higher than the national average of 4.5%. Following are some tips to keep in mind to get hired during this reshuffle:

Although the job market may look easy right now, the competition is very high for quality jobs. However, in a bid to hire the best talent in the reshuffle, organizations are doubling down on benefits and compensation, which obviously come with a tough recruitment process. We recommend preparing well for your applications and sticking to the basics, even when news is abuzz with record-high job openings. 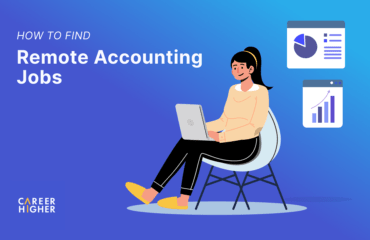 How to Find Remote Accounting Jobs 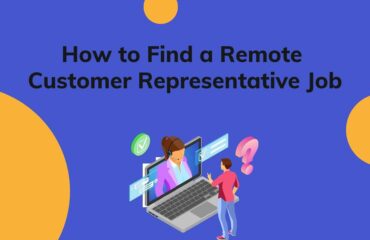 How to Find a Remote Customer Representative Job 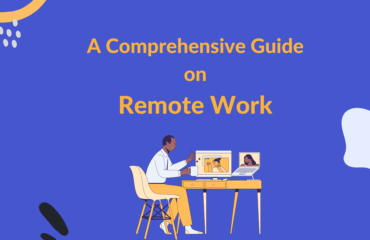 What is Remote Work? A Comprehensive Guide 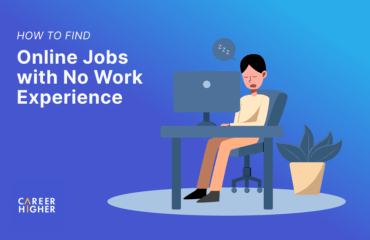 How to Find Online Jobs with Little to No Experience 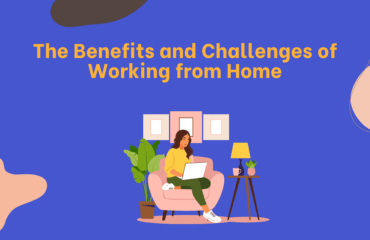 The Benefits and Challenges of Working from Home 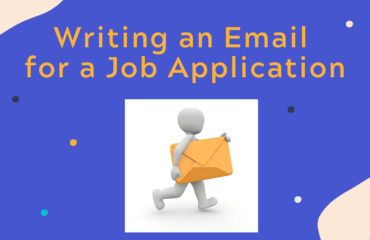 How to Write an Email for a Job Application 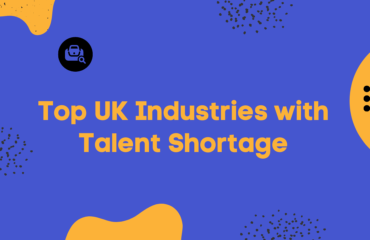 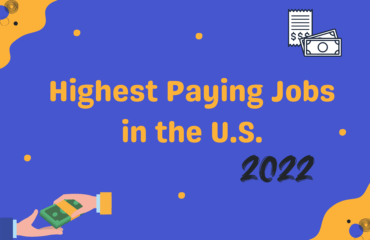 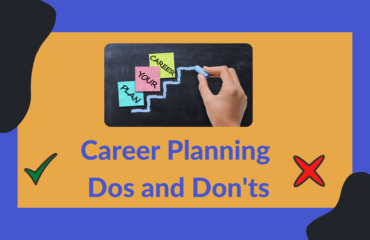 12 Dos and Don’ts for Starting a New Career 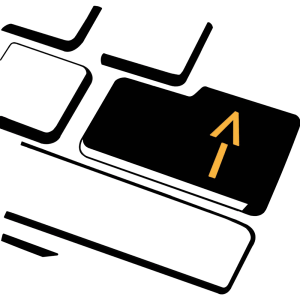